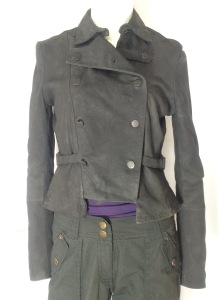 This costume was featured in the series finale episode ‘Last of the Time Lords’ which saw Martha Jones become the lead character with the Doctor neutralised by the Master. It was worn throughout the episode, including when Martha’s boat arrives back in the UK which was filmed on Barry Island beach, Whitmore Bay, Barry Island on 12th March 2007. 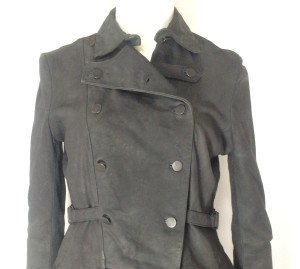 This is one of the rare occasions where a costume is also available in action figure form! Only two 5inch action figures of Martha Jones were made, the first in her traditional red leather jacket and jeans and the second in this costume.